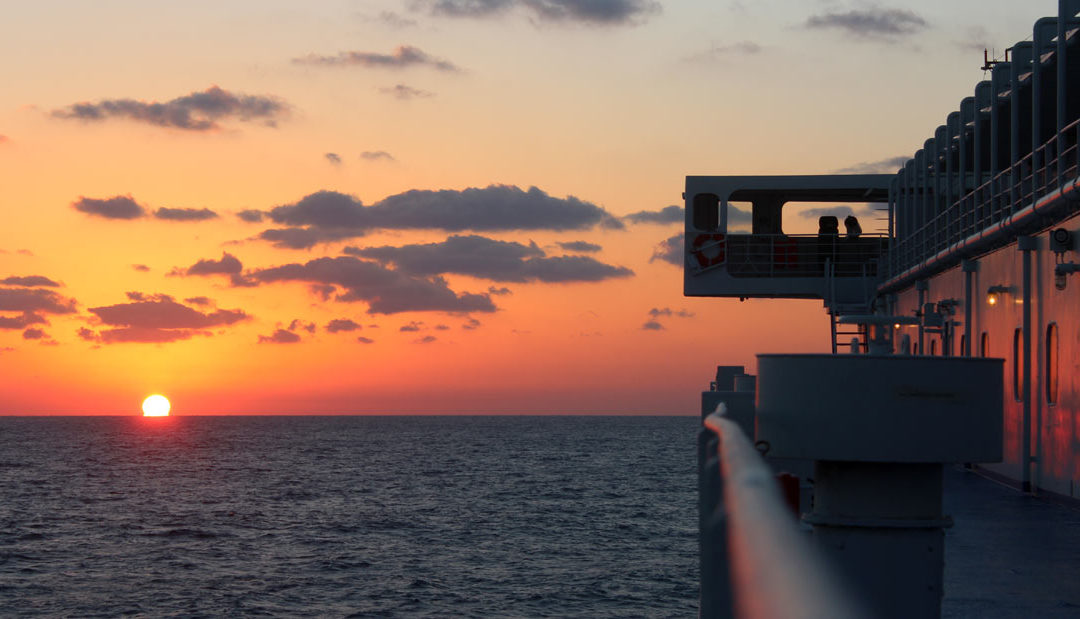 We ran out of land. We took trains, busses and cars as far east as we could. Our arrival in Vladivostok marked the completion of the world’s longest railway track, and we found ourselves in the epicenter clash of the Far East’s Big Boys.

Two huge countries with immense geographical expanse rub shoulders with two smaller, but nonetheless just as powerful players in the global game of political dodge ball. Russia’s enormous expanse of frozen North interspersed by impressive distinctly Soviet cities, China’s booming economy and population amidst crowded Huton back alleys and explosions of ornate red and gold meet Japan’s highly sophisticated traditions and hyper modern skyscrapers whilst the divided people of Korea embody both the flashy K-Pop culture of the South and community spirit of the North.

Whilst the region has experienced tension between these four very different countries for hundreds of years, efforts have been made to overcome cultural differences and build mutual understanding and appreciation between the counties. In 2006 South Korea’s president Roh Moo-hyun suggested the sea which is bordered by Japan, North Korea, Russia and South Korea and who’s alternative naming was long time disputed (Japan calls it the ‘Japan Sea’, Korea calls it ‘East Sea of Korea’ etc) should be collectively re-named as the ‘Friendship sea’. Unfortunately, Japanese Prime Minister Shinzo Abe saw ‘no need to change the name of Sea of Japan’, thereby somewhat missing the point and causing strained eyes for numerous sailors trying to read the tiny print of all possible names for the body of water they were crossing.

Rat and Dragon have met, collaborated and been inspired by the numerous people on our path through these four incredible counties, and in their honor we are ignoring international guidelines and re-naming the Japan/East/Korean Sea The Friendship Sea in all maps published in the Republic of Rat and Dragon. Despite differences between their countries on a global scale, we are sure that all of our wonderful friends and collaborators would get on like a house on fire should they ever meet. We will be planning an all expenses paid party in the Bahamas as soon as we find a generous sponsor. Get in touch if you are interested (and supremely rich).

Hopping on our first boat in Vladivostok we said goodbye to Eugene and Masha, two young creatives from Khabarovsk (a city 760km north of Vladivostok) who work in Russian TV and were fantastic guides for our final Russian city. Energetic, inspired, educated, globally minded and great fun, Eugene and Masha took us from USSR inspired cocktail bar to underground reggae venue to real-life Russian diner all whilst relishing having the opportunity to meet likeminded people from around the world. All the negative press Russia has recently received (see #Sochiproblems for an example) are blown out of the water by Eugene and Masha’s easygoing generosity, which should be the emphasis of any publisher genuinely trying to build a better world.

Our boat from Vladivostok took us to past North Korea to Donghae, a bus ride through South Korea’s beautiful countryside to its pumping capital Seoul, home to Songyi, Sky and little baby Yena who delighted us in inviting us for one of Korea’s favourite pastimes: Barbecue. With your own personal fire in the middle of the table and a variety of marinated meats plus veggies and kimchi to die for dining can’t get much better than this. With a population of over 10 million, Seoul is huge global metropolis living, with big business, the newest technology, fantastic restaurants and nightlife, a whole district dedicated to plastic surgery around Gangnam and (thanks to South Korea’s high value and emphasis on higher education) and abundance of alternative student hangouts and it’s own share of highly stylized hipsters to boot. We relish the incredible view across the Han River from Songyi’s flat and cannot get enough of the friendly, helpful and wonderfully crazy people of this fantastic country.

Heading further east, we catch the boat from Busan to Osaka, which passes through the tiny sea channel between Shimonoseki and Kitakyushu (two towns connected by a bridge who hold a yearly firework contest to commemorate/celebrate one cities’ Samurai defeating the other) before meandering overnight through the heart of Japan’s Islands. Japan was one of the undoubted hightlights of Rat and Dragon’s Epic Journey. Before, during and after visiting the famously refined culture, food, style, and politeness of Japan blew us away at every point we encountered it, and the people who we shared our experiences with were truly amazing.

Our Tokyo project saw our locals Goh and Koichi show us what they and the marvelous city they live in are made of. To pack the craziness that is Tokyo into a couple of sentences is no mean feat, so read more here. Leaving Tokyo and heading North, we met with Rat and Dragon’s honorary Japanese family from years back – Erica, Ryoko, Yumi, Kahori, Wataru, Osamu, Ayako and Sean, all residents of Niigata’s small city Joestu.

Exploring Niigata’s delights (Snow monkeys!) by tiny car with this motley crew was a joy, with everyone in their own way as outgoing, generous and sublimely helpful as can be. Young Japanese tend to be competent at written English, but a little shy and where conversation was more difficult, the team made up for it with a sense of spontaneous and off the wall crazy humour that would make standup comedian Bill Bailey proud.

Elise, part of the D’s house Hiroshima crew was our final fantastic local, showing us the splendours of Shimonoseki (you can hug a penguin if you get up early enough!), before housing us in her wonderfully Japanese flat on our last night in Japan.

And then one day later, it hit us. China in all its glory. A stark contrast to Japan’s tidy, quiet politeness, Qingdao welcomed us with guns blazing. Everyone was loud, brash and very interested in what we were up to, and with no regard for personal space helpfully offering their opinion, shouting and laughing with us. Think southern Italian no-nonsense hospitality, where restaurant staff are teenage family members who would rather be at home watching soap operas but in stead offer invaluable support to the family business (whilst gaining the work experience most graduates would dream of).

Shanghai expats Adam and Steph did a fantastic job sharing their unique experiences as ‘voluntary political refugee’ Australians in China during our private city tour on two wheels which included the wonderful mazes of the French concession and stunning views of Shanghai’s famous skyline from the rooftop of an converted Opium warehouse. Witnessing the stark contrast of skyscrapers shading workers picking up coke cans for pennies to live off with money spare to send to their rurally based families told of incredible commitment to looking after loved ones that most inhabitants of the more socially equal nations simply cannot imagine.

The Chinese equivalent of ‘make yourself at home’ literally translates as ‘don’t be polite’ and our Beijing locals Joy, Sean and Wu were the epitome of warm and welcoming. Bubbling over with energy and enthusiasm, Joy showed us her hometown in all it’s splendour, and you can read all about it here. The candid approach to life followed us all the way via Shanghai and Guilin to Nanning’s night market, where freshly roasted dog was served alongside the best mussels and noodles in the world, just in time before crossing the border to a new chapter in Vietnam.

The friendship sea – a fitting name for the water that divides and connects our wonderful locals in Russia, South Korea, Japan and China. Thanks to the interconnectedness of the modern world as well as ease of travel people, who would previously have known nothing more than the one sided accounts of old feuds, are now meeting and discussing views and opinions. Despite the doom and gloom of what the press may like us to believe, everyone we collaborated with was incredibly interested in meeting each other, realizing their differences and thus coming to the conclusion that under all the obvious cultural diversity are people like you and me simply wanting to make friends. Being part of this experience is what makes what we do so unbelievably rewarding and special, and as you can imagine, we genuinely cannot recommend travelling enough.

Whilst we have geographically completed our third leg of the Epic Journey, one country in particular stands out as having been bypassed this time. We do however have high hopes, thanks to a new collaborator made in Vietnam, to be able to visit infinitely intriguing North Korea. Keep you eyes peeled!